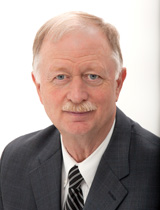 The Honourable Keith Colwell is Nova Scotia’s Minister of Agriculture and Minister of Fisheries and Aquaculture.

He was born on a farm in New Brunswick, land his family had worked since the early 1700s. Growing apples and other fruit, their hard work fed his deep appreciation for the dedication that is needed to be successful in farming.

Keith has owned and operated a manufacturing company for 18 years, giving him a first-hand understanding of the challenges that come with being an entrepreneur. Growing a business taught him the value of innovation and being willing to take risks that can lead to success.


His family’s farming background, and his time as a business owner, motivate him to work with the agriculture and fishery and aquaculture sectors to grow them as economic contributors to Nova Scotia. He is convinced of the bright future that is possible for current and future generations that work within those important industries in rural Nova Scotia.

In addition to his current cabinet posts, he has previously served as Minister of Fisheries, Minister of Consumer Services and as a member of Halifax Regional Municipal Council.