Meet the 2021 Winners: Woodland Owner of the Year 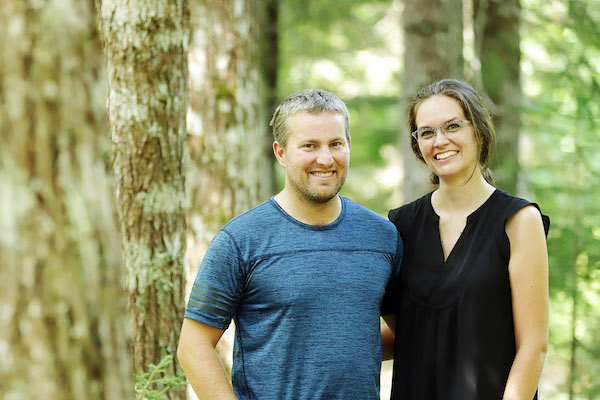 The 2021 Woodlot Owner of the Year Winners are Jonathan and Abbey Veinotte, whose woodlot is in West Northfield.

This woodlot’s history begins in the 1950s, where Jonathan’s grandfather bought the land after it was almost entirely clear cut. When Jonathan was 23, he gained ownership of the woodlot and was mentored by his father and grandfather to learn how to manage the land. While Jonathan strives to make his woodlot profitable, his main goal is to practice sustainable forest management so the woodlot can thrive for generations to come.

Ecological forestry has been key in Jonathan’s management of his land. By maintaining a healthy mix of diverse landscape species, he’s helping to mitigate potential biodiversity loss with thoughtful and well-planned harvesting. He’s aware of the impacts his activities can have on the greater ecosystem. He works diligently to preserve the habitats of the many species that he shares the woodlot with, including deer, bobcats, coyotes, owls and gophers. Walking through Jonathan’s woodlot, you can see an abundance of nest openings on the forest floor and birdhouses scattered throughout the woodlot.

While sustainable forest management is Jonathan’s main goal for his woodlot, he still manages to create economic opportunities from the land. A large portion of his woodlot has been made into a successful Christmas tree farm. He uses sustainable and innovative methods to keep pests away and maintain healthy trees. One example was when he sourced a unique piece of equipment to disperse fertilizer more easily, making him an early adopter of his method within North America. Jonathan has customers worldwide, with some coming all the way from Puerto Rico to pick out Christmas trees from his lot. In 2002, his family was also able to graciously donate the tree for Boston. Aside from Christmas trees, he also sells wood and hay that he harvests from his land, all while carrying out all kinds of equipment repairs by himself.

Jonathan also makes sure to stay involved with organizations including Forest Nova Scotia and the Christmas Tree Producers Association. He’s also actively involved in his local community and seeks opportunities for knowledge sharing. Through his careful consideration for the ecosystem, his ability to produce economic benefits from his lot and his widespread involvement with various organizations, Jonathan represents a well-rounded and sustainable woodlot owner.

Watch a video about Jonathan and Abbey Veinotte. 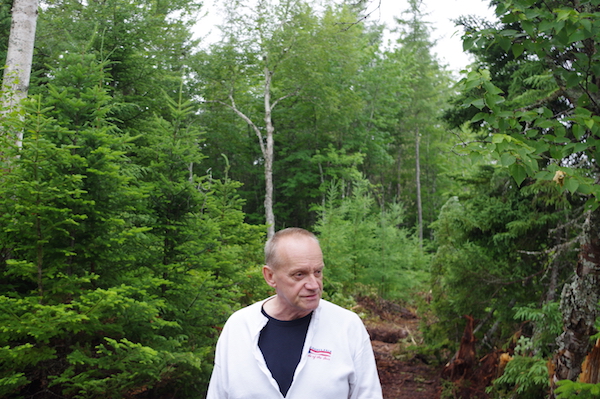 The Woodlot Owner of the Year finalists for the Eastern Region are Warren and Barbra MacMullin. Their woodlot is in Sydney Forks, Cape Breton County and was farmland in the 1950s.  The land was clear cut in the 1980s, and the MacMullins have been working to refill the land with an abundance of diverse tree and plant species.

The land surrounding their woodlot has been clear-cut and is used as gravel pit. This is in part why Warren wanted to take his land and return it to a forested state: to help provide a habitat for nearby animal species.

Their work on the land once started as a hobby and eventually, they started profiting from their woodland once trees they had planted grew larger. Aside from selling wood, the MacMullins have also planted sap trees in hopes of harvesting sap to produce syrup.

The MacMullins have a well-connected system of trails and roads that help them reach every corner of their property. Warren once said that if you can’t reach a part of your property; it becomes difficult to manage.” The MacMullin is familiar with every part of their woodlot, and this helps the family to carefully manage the woodland. Their  management plan has been updated since it was created in 1988; making sure that plan reflects current best practices and upholds their goals for the woodland. The MacMullin woodlot is also in good hands, as both the son and grandson hope to help manage the lot in the near future. 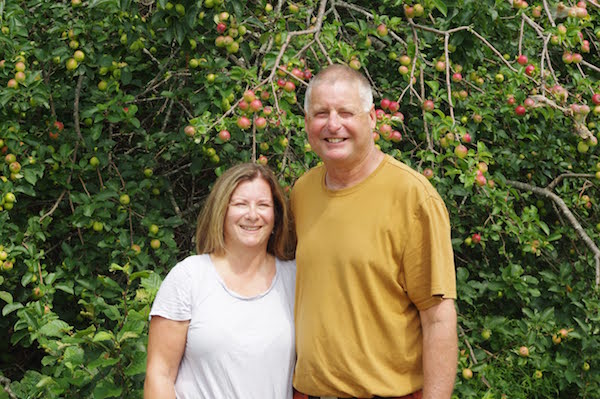 Luther and Joyce Sears are the Central Region’s 2021 Woodlot Owner of the Year finalists. Their woodlot in Moose River, Cumberland County looks out onto the Bay of Fundy and has a view of Five Islands. Luther’s main goal with his property is to return the land back to a healthy, species-rich forest.

Luther works with Athol Forestry to help develop and carry out his woodlot’s management plan. Through his plan, he has focused on getting the forest on his land back to a state where it is abundant in both plant and animal species. As such, Luther is thoughtful with his harvesting and ensures that there are diverse landscapes and habitats throughout the lot. Luther has established various roads and trails throughout his lot and enjoys looking out across the river that borders his plot. When walking through his lot, you can find tracks of animals like deer and coyotes, various wild mushrooms and several species of birds.

Luther works hard to help re-establish his land as a healthy forest that can provide safe habitats for animals as well as providing recreational opportunities, all while keeping sustainable forestry management at the forefront of his operations.