Meet the 2022 Winners: Woodland Owner of the Year 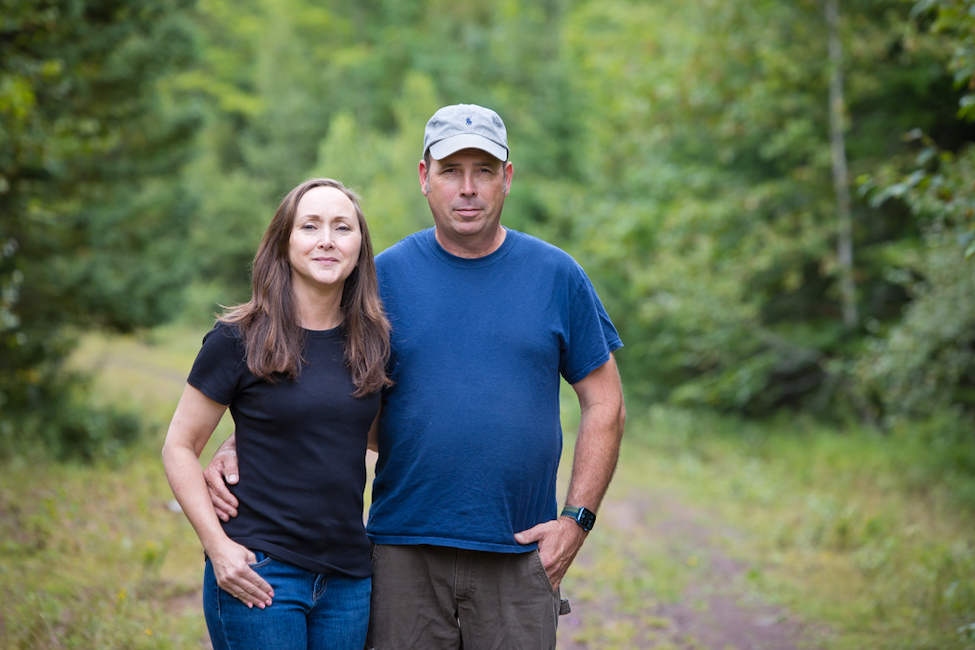 The central region and provincial winners for 2022 Woodlot Owner of the Year are James Leggate and Christina Millar of Five Mile River, Hants County.

James is a silviculture contractor who takes great pride in what he does and has worked on many woodlots across the province. The 600-acre woodlot was purchased in 1998, and it had been clear cut many years before. It had a few trails then, but he has added a few more and improved and built many access roads throughout the property.

He employs 2 to 10 crews during the summer to help with the planting and cutting and also does work with his son. He has done several silvicultural treatments on the property including tree planting, appropriate selection harvest methods, commercial thinning, and pre-commercial thinning and hopes to someday retire to his woodlot. Ron and Johanna live off grid in Guysborough County. They have lived for 42 years off grid on three different homesteads surrounded by forest and have experience with making use of the resources in the woodlot for themselves and others.

Their dream is to build awareness about forestry stewardship, and this can also be seen by their significant social media presence as they are both authors. They have a YouTube channel with more than 500 subscribers and more than 700 views combined. In addition to this, they also have over 2000 followers on their Facebook page; Off Grid and Free: My Path to the Wilderness where they post about their life maintaining the woodlot and harvesting from it.

While living in Maine in their first homestead, they were a part of the National Tree Farm Program and won County Outstanding Tree Farm twice. They view their woodlot in Guysborough County as a gift and hope to also open it up to the public so that others can also enjoy the wonders it has to offer. Peter and Angela live on a 102-acre woodlot called “Crows Haven” with their three children Anthea, Ashe, Draven. They also have a horse, Twilight Twiggy, whose manure is used to fertilize the land. They make use of selection management and ensure they also create a habitat for animals. They have different kind of trees including oak, sugar maple and beech.

Angela remarked that having the woodlot has translated into a healthier lifestyle because they do a lot of things by hand. There is also a lot of collaboration with their neighbours. For example, they have a friend who brings heavy machinery to work and gets firewood for the winter in exchange. Angela noted that this is all very new to them, so they do a lot of reading and talking to professionals to find the best ways to care for the woodlot. When Peter goes to cut down some trees, he always ensures he thanks the trees for providing and keeping his family warm for the winter.

Peter also remarked “When I was a child, I wanted a house that felt like camping everyday and I can gladly say mission accomplished. I am so glad my kids get to experience this because we are from a small yard in Vancouver, BC.”