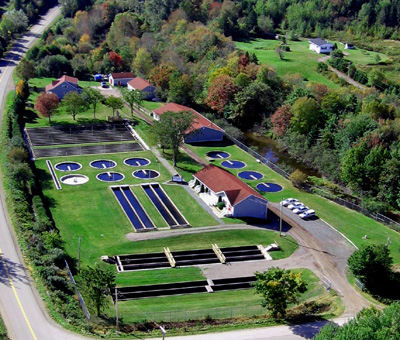 Built in 1928 as part of the Government of Canada's hatchery system, Fraser's Mills has essentially been rebuilt since the Province of Nova Scotia assumed responsibility for its operation. The site has outdoor raceways and circular ponds as well as a hatchery building and broodstock development facility. Four species of salmonids are reared at this hatchery; Speckled (Brook) trout, Brown trout, Rainbow trout and Landlocked salmon. It is the only trout broodstock (adult parent fish) facility in the province, with several thousand broodstock maintained on this site. This hatchery distributes approximately 500,000 - 700,000 fish annually. 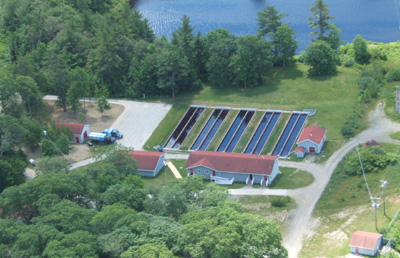 The McGowan Lake Hatchery, built in 1987, has helped to ensure the future of trout fishing in western Nova Scotia, a region with many acid-stressed lakes and streams. This hatchery utilizes a unique water treatment facility and an oxygen generation and injection system to rear 1 million speckled trout which are released annually as fry, fall fingerlings and yearlings. 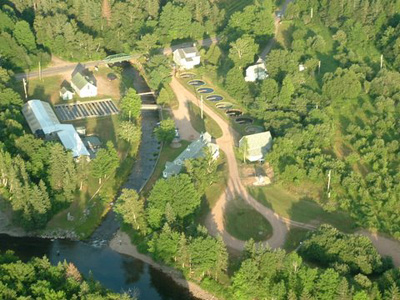 In 2008, the Province officially acquired this facility from the community-based volunteer group, the Aquatic Development Association of Margaree, which had operated the hatchery since 1996. First opened in 1902, the Margaree Hatchery has been supporting the local salmon and trout fishery for over a century, as well as attracting visitors to the scenic Margaree valley. The Margaree Hatchery provides approximately 150,000 salmon parr and smolt, and 100,000 trout at various stages primarily for stocking into the Margaree River and local watersheds.