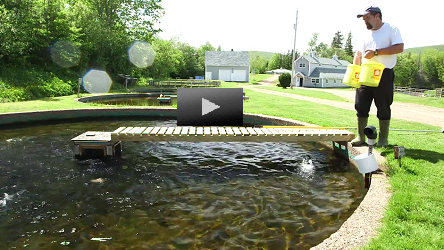 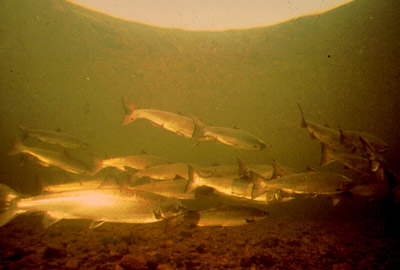 The Province has administered a hatchery program since 1982, when a federal-provincial agreement delegated responsibility for the production and distribution of trout in Nova Scotia. Stocking initiatives are probably the most visible and popular of Inland Fisheries' management activities.

Approximately 200 lakes are stocked each spring as part of our urban stocking program. Nova Scotia's most popular salmonids, Brook trout and Rainbow trout are made available for this program. Trout are generally catchable size and in addition to providing angling opportunity may reduce pressure on more vulnerable wild stocks. More than 45 derbies receive trout from our Fraser's Mills and McGowan Lake hatcheries. These social events are cherished by many organizers and communities as a means of introducing youngsters to the enjoyment and comradery that angling can provide. An additional 200 lakes are stocked in the fall, usually after the angling season closes as part of our fall enhancement program. Brook trout account for most of this effort but Brown trout and Sea-run Atlantic salmon populations are also enhanced at this time of year. In recent years, the hatcheries have been able to provide additional Rainbow trout to sites with winter seasons as the Department of Fisheries and Aquaculture looks to expand winter angling opportunities.